TV show goes behind the scenes at Tara 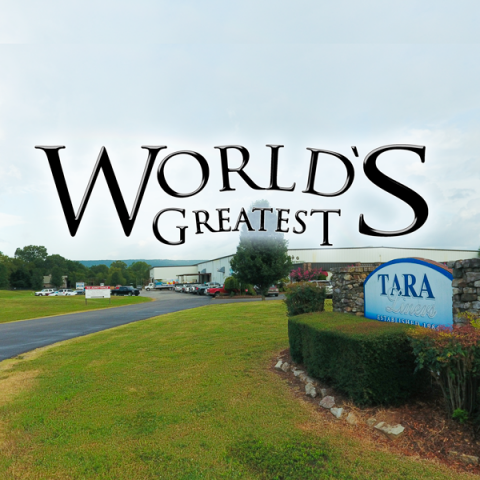 The popular TV show, World's Greatest, went behind the scenes at Tara to discover what makes Tara one of the “World’s Greatest!…” in vinyl swimming pool liners.

If you've ever wondered how vinyl pool liners are made or why some are better than others, the TV show "World's Greatest!..." visits Tara pool liners to find out.

A few months ago, “World’s Greatest!…” sent a film crew to the home of Tara in Owens Cross Roads, Alabama. The crew was given an all-access pass to see everything that goes into building a high quality vinyl pool liner. They were able to see the care and attention to detail that go into each step of the process from taking the order to shipping it out the door. Mike Sigler, Vice President of Operations was interviewed to provide “World’s Greatest!…” viewers with insight into why Tara Manufacturing was selected as the best in their category, and featured on the show. Before leaving, the crew visited several homes nearby to see the finished product in all its beauty.

Tara has been in business since 1984. Since then, our family owned company has risen to become one of the leading manufacturers of vinyl swimming pool liners and pool safety covers. From the beginning, we sought to integrate cutting edge technology in our manufacturing process to achieve greater precision, efficiency and fit. Tara quickly gained a reputation for producing the best fitting liners on the market. Because of the leadership position Tara has achieved in the industry, our company was selected by How2Media, the producers of the television show “World’s Greatest!…”, to appear on an episode. 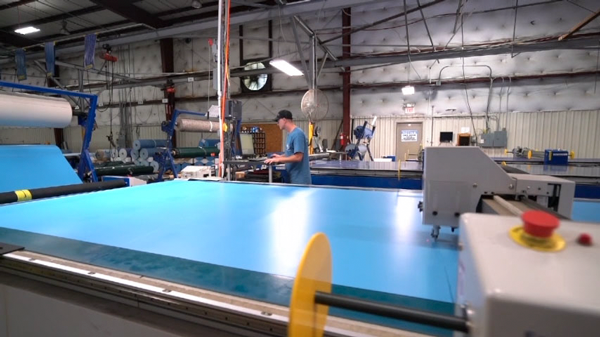 The “World’s Greatest!...” episode featuring Tara aired on Monday, October 30, 2017 at 6:00 a.m. Eastern. To find the episode with your cable channel provider, please visit www.worldsgreatesttelevision.com/tv_schedule/ and follow the prompts.

Being featured on “World’s Greatest!…” is the second honor Tara has received recently. In 2016 Tara  won the Vendor of the Year Award from PoolCorp, the largest distributor of pool products in the world. The award is given each year to the PoolCorp vendor who preforms highest in on-time delivery, product quality, reliability and customer service. Tara was selected from over 800 vendors that include multi-national corporations like Hayward, Pentair and Zodiac.

If you haven't seen “World’s Greatest!...”, it is a thirty minute show dedicated to highlighting the world’s greatest companies, products, places, and people. Each show is a fast paced tour around the world featuring behind the scenes footage, informative interviews, and exciting visuals.

When you subscribe to the blog, we will send you an e-mail when there are new updates on the site so you wouldn't miss them.

Preparing Your Pool for Winter

Caring for Your Liner

Find Your Inspiration with the Tara Ultimate Makeover Contest

The Basics of Water Color

How Long Does it Take to Build a Vinyl Liner Pool?